Here Comes The Revolution – Ready or Not! 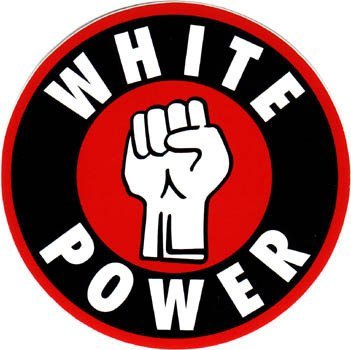 I am a White Nationalist. As such, I believe that Our Race is Our Nation. The original, non-Zionist meaning of the word “Nation” meant a People. It had nothing to do with a particular geographical boundary. The Zionists, on the other hand, imposed upon most of us their definition of “Nation”, which they define as a piece of land or a political state, no matter what race or races live within such often arbitrary lines on the map. Too many of us today are confused because we use the Zionist definition of “Nation”, rather than the true biological meaning.

As a White Nationalist I seek no domination over other races. I am not a White Supremacist and we should not let the Zionists brand us as such. I want Our Race to be free to choose our form of government and our government’s policies. I want self-government for Our Race in our own living space. The realization of the following 15 points would achieve for us these goals and would guarantee for us the continuity of White Civilization:

1. To provide White People with a political party which represents their interests as White People.

2. To rid ourselves of Zionist welfare state socialism.

3. To unify the White Tribes of the world.

4. To halt our racial retreat from victory.

5. To remove the alien exploiters and parasites from our midst.

6. To free ourselves from the irresponsible tyranny of organized crimes, bloated bureaucracy, big business, big labor, and secret societies.

7. To regain national control of our money from the Zionist bankers of the Federal Reserve.

8. To re-establish White Law and White Order in a White Society and thereby, to return Our Nation to the path of progress.

9. To rid our society of crime and degeneracy.

10. To create a White Society in which our racial virtues of honesty, integrity, and responsibility shall be promoted instead of punished.

11. To protect the family, which is the basis of our society and of Our Race.

12. To ensure that honest labor and not sterile speculation is rewarded.

13. To separate the Races into self-governing Nationstates.

14. To provide healthy and productive activities of which our youth can be proud.

15. To remove alien control from White Culture, which is the source of our spiritual nourishment, and from the professions on which we depend in our hour of need.

I think that our fellow White Nationalists would agree with these points and could probably come up with ones in addition which would also be desirable. But even if we all agree about the goals which we want Our Race to achieve, we must be careful and discriminating about the means we choose, otherwise we may needlessly suffer death or imprisonment at the hands of our Zionist oppressors, and no racial revolution will be won. This is the lesson which brave Aryan Warriors like Bob Mathews and members of The Order paid for, with their lives and their freedom, to teach us. We owe to them and to ourselves the respect of studying their example very carefully in order to make ourselves more effective and less vulnerable to enemy action, for White Nationhood can only be won through White Revolution.

Revolutions are going on all around us, for revolutions are nothing more than changes which alter the way we live. The automobile altered more drastically the way in which most people live today than have most changes of government. The use of electricity in this century changed our lives so much that hardly anyone anywhere can even think of doing without it. Some revolutions which have produced changes in government have been violent, but violence is not the sole producer of revolutions, as we have seen in the cases of automobiles and electricity.

Let’s look at political revolutions, for that is what we, as White Nationalists, want in order to free ourselves from the Zionist Occupation Government. Don’t be scared of the word “politics”, for politics means nothing more nor less than “people-power”. The rule taught to us by history is that politics is defensive. People form political groups when they have or believe that they have something worth protecting, something they don’t want to lose. Unfortunately, most White people are not aware that they have everything to lose by going along as they are now and by not organizing themselves politically as White People.

Russia is the other recent example, and a very bloody one, of revolution. World War I had brought the civilian population to the point of starvation. Millions of young men had been lost in a useless, unnecessary and disastrous war. The people were starving in the cities because many of them had been thrown off the land. So what did the Bolsheviks or Communists promise to get people on their side? They promised bread, land and peace! What did the Russian people have before the war? Bread, land and peace. We all know or should know what the Russian people really got by supporting the Communists. They got tyranny, terror and very little bread. That is why revolutionary change is occurring right now in the Soviet slave empire. The people still hunger for bread, land and peace. These privations they have suffered under almost 80 years of Judaeo-Communist misrule.

Any political system which cannot reward or punish people, because the people disdain its rewards and lose their fear of its punishments, is doomed to collapse. In Judaeo-Communist Hungary, 1956, the vast majority of the Hungarians felt themselves being squeezed into extinction by the ever-increasing privations inflicted on them by the Jewish dictatorship. There were no rewards, just the extension of bare, miserable, depressing existence, and for what? One day, many people gathered in the main square of Budapest, ostensibly in support of Polish people’s grievances. When they saw how many they were, they became encouraged to protest on behalf of Hungary. The Zogdogs of the Hungarian secret police opened fire from their headquarters building. The crowd had what it needed: rage and a target. From thence the uprising grew until its final betrayal by the Jewnighted States of America, whose propaganda had incited such uprisings in Soviet satellite states since the beginning of the phony “Cold War”. Naturally, the U.S.A. refused to help the Hungarians to throw off their Judaeo-Communist yoke and the U.S.A. even prevented Spain from flying in some anti-tank guns to stop the Soviet invaders. Needless to say, on that first day of the uprising, Zogdogs had to be very quick on their feet and good at disguising themselves, for it was open season on the Judaeo-Communist police. The Hungarian revolution failed, not only from betrayal by the U.S.A., but also from poor, unprepared leadership and lack of organization.

Certainly, objective conditions were present in Hungary in 1956, but what happens when a revolution is attempted without such objective conditions? Two examples are those of Leon Trotsky (Bronstein) and Ernesto “Che” Guevara. Both of these leaders attempted to change the popular will by military means, “the propaganda of the deed”. Despite his having the entire Red Army under his ruthless command, Trotsky-Bronstein could not communize Western Europe. On the contrary, his military force was met by opposing nationalist military forces and stopped. Poles, Latvians, Lithuanians, Germans, Hungarians, Romanians, Czechs, Slovaks et al. were not willing to accept the “worker’s paradise” promised by the Jew commissars of Bolshevism. In due course, Trotsky-Bronstein was replaced by “Stalin” (Djugashvili or “Son of a Jew” in the Georgian dialect). “Stalin” carried out the orders of his Jew-Bankster masters in New York by declaring “Socialism in one country” and by murdering Trotsky-Bronstein.

Ernesto “Che” Guevara thought he would rally all of Latin America to the Red flag of Judaeo-Communism, without consulting the people whom he was intending to “liberate”. He thought that Latin America was a gigantic tinderbox which only required a “spark” of “armed struggle” to ignite into Red Revolution. Here and there, his armed band of foreign commies would attack an isolated military post or police station. Then they would race up and down the muddy village street in a captured government vehicle, shouting “¡Viva la revoluciòn!” until some of the natives woke up. When the “revolutionaries” had departed, they went right back to sleep. At last, Guevara and his dwindling supporters were isolated and run to ground in the Bolivian jungles. Result? Guevara dead. No revolution. Why? No objective conditions.

As we saw in the examples of National Socialism and Communism, objective conditions for revolution can come about, but the question is, who shall take advantage of them and in what direction shall the revolution go?

If the lights went out, all over North America, we would be living in a revolutionary situation. No one would be able to carry on as before. Most work and transportation would shut down, as would most of our comforts and recreations. Try watching TV without electricity. Three of our most important necessities for living would be lacking or severely reduced: water, food and heat. Without electricity, water could not be pumped and even if the main pumping station could operate, high-rise buildings would lack water, because they rely upon electric pumps. Fresh foods would spoil without refrigeration and few oil or gas furnaces can be operated without electricity. Cars and trucks would run out of fuel because filling stations would have no electricity with which to run their pumps.

We see the results of even brief power outages in our cities: Looting and violence by non-Whites begin after a few minutes of general blackout. If the lights were to remain off for days or weeks, we would not recognize our cities.

AIDS is a typical example of an objective condition for revolution. The masses of asses do not recognize it as such and those who do see that AIDS will radically alter the way we live want to postpone changing their ways as long as possible. This is the way many Russians behaved during the revolution which the Jewish Bolsheviks took over. These Russians “didn’t want to know” about it. Many of them died horribly, without even resisting the Khazar killers. A few finally managed to escape to other countries, leaving most of their wealth behind to the Jew murderers. The tragedy of the so-called Russian Revolution was that there was no Russian leadership. The tragedy for White Revolution is that White people seem unprepared to heed the warnings of such leadership as now exists. Without White leaders and White followers, there can be no White Revolution and without a White Revolution, there can be no White Survival and no White Nationhood.

If the AIDS Plague and the non-White Plague continue in their virulence and the tyranny of the Z.O.G. becomes more demanding and less rewarding, White people may wake up in time to save themselves with revolutionary action under a White revolutionary leadership. The only question is, how hard and how often must White people be kicked in order to wake them and how many must die before they begin to lift even one finger in defense of their lives?

For White leaders, the question is: Will we take charge of our revolution the way the German people took charge of theirs in 1933 and 1989, or will we remain passive and disorganized, like the Russians in 1917, and let aliens wrest our revolution from us? Complaining about what we don’t like is useless. Knowing what we want is not enough. Having the will to achieve it is what makes the difference. White Power!